It’s that time of the week again where the nurseries compete to be the winners of the Tuff Tray Challenge! This week, Winklebury chose a frozen themed tray, Highdown have showcased seasons based around our national day ‘Alaska day!’ Worthings tuff tray was filled of all kinds of chocolatey goodness for chocolate pudding day. Who is going to be this weeks champions?

INTENT – This weeks tuff tray was based on a shared interest that the children have, Frozen! We wanted to do this themed tuff tray as the children at Winklebury have been loving our frozen role-play, and to provide the children with the opportunity to socialise and engage in play over their shared interest. This tuff tray was filled with different sensory materials that represented the movie Frozen – anything white or blue, representing snow and ice, and a castle made out of ice cream cones!

IMPLEMENTATION – The children really enjoyed playing and exploring in this Frozen tuff tray.  We used a range of resources in this tray such as rice, shaving foam, paint, flour, cloud dough, fake snow made out of salt, wooden sticks and pipe cleaners!. The children really enjoyed using the different resources to explore the various textures they could feel and identify! the children especially loved using the wooden sticks to engage in make making as they drew in the flour and shaving foam! The children also really enjoyed talking about Frozen, their favourite characters and what colours they could see and mix in the tray!

IMPACT – The reason we chose this tray was because it teaches the children about engaging in group discussions and learning how to wait for their turn before sharing their opinion and feelings! This was especially helpful to our preschoolers who are off to bi school in September! . When the children were playing in the tray, they were talking amongst themselves about the textures. The children really enjoyed exploring this tray!

This week our tuff tray was based around the National day ‘Alaska’ day. We want the children to learn about the different seasons.

We want the children to explore the different seasons by using resources such as: spades, gloves, hands, shape cutters.

We wanted the tray to be fun for the children, by adding familiar things of environments they have visited such as: sand for the beach, flowers and leaves for the garden, snowmen, snowflakes for winter time and red leaves for the trees outside.

In our tuff tray, we used different sensory resources like sand, flour, salt, leaves, plants, onions and tissue paper for our SEN children to explore using different senses like feel and smell.

Some of our 2-3 year olds went on a walk to find some leaves and flowers for our spring part of the tray, whilst our older children created red leaves for autumn by hand painting them, before cutting them into leaf shapes.

We split the tray into four sections to represent each season for the children to identify by adding questions like ‘do you know the different seasons?’ And adding titles for each season: Autumn, Spring, Summer and Winter.

The children were all eager to explore the tuff tray and were asking the adults ‘can we go in it now?’

The children who took part explored the different seasons by using their hands to explore the various  textures like sand, flour, tissue paper, plants and leaves.

Whilst exploring the tray, the children enjoyed talking about what they get up to outside of nursery such as trips to the beach, gardening with their mummies and daddies at home and also the different marks they could make in the sand.

Whilst the children were having fun in the tray they all played alongside each other and took it in turns.

For our tuff tray this week we linked it to chocolate pudding day! In babies we decided to make a giant cupcake. We used lots of different foods, e.g chocolate cake, two different types of sprinkles, icing, chocolate drops and marshmallows that the babies enjoyed eating, YUMMY!

Our key word was:

IMPLENTATION – The tuff tray had lots of different ingredients filled into the tray to create a giant cupcake, It had chocolate cake crumbled up with cheerios as the case, marshmallows in a bowl, two types of sprinkles, chocolate drops and icing. We placed some cupcake cases around the tray and gave the babies a spoon each to make their own cupcakes.

IMPACT – The babies absolutely loved playing in this tuff tray, they especially liked eating all the different things, especially the cake, cheerios and sprinkles. They used their spoons to scoop the cake into the cases, mix the icing in the bowl and pour the sprinkles on, The babies listened to their practitioners as they were naming the different ingredients, especially repeating our key word which was chocolate, the babies learnt the word chocolate really quickly and were using it throughout their play. This tuff tray developed their taste and smell buds.

This weeks winner by one vote is….. WINKLEBURY!! 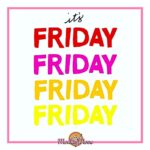 The sun is shining! ☀️ 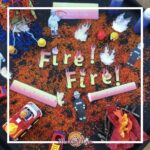 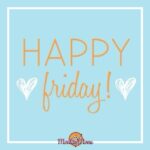