This week we have been learning lots and lots. We began the week with St George’s Day, where we explored the flag and colours as well as practicing with forming letters by writing out ‘HAPPY St George’s Day.’ Next we had a fabulous day of exploring the garden and different tools. To finish our week we traveled to the Artic for National penguin day were we looked at all different penguins and their environment.

We have celebrated St George’s Day 🏴󠁧󠁢󠁥󠁮󠁧󠁿. We did a writing ✍️ activity with our grown up 👩. We had to trace around the word England 🏴󠁧󠁢󠁥󠁮󠁧󠁿. Then we coloured in the England 🏴󠁧󠁢󠁥󠁮󠁧󠁿 flag using a red crayon 🖍️. This was a good activity for the preschoolers to help them with their writing ✍️ skills and writing ✍️ other letters 🔠 that may not be in their names.

We have also been doing lots of different buildings using different construction materials. We used wooden blocks, duplo bricks 🧱 and shapes magnets 🧲. The children 👦👧 took it in turns to share the resources and played really nicely together.

In the home corner there was picnics 🧺 and dressing up 👗. They each chose different foods 🍎🍉🍇🍔🥪🌭 and put the food on plates ready to eat. Then they enjoyed putting on different dressing up clothes 👗 showing their grown ups 👩.

In babies 👶 they have enjoyed cooking 🍳 using different pretend foods 🥪🌭🍔🍉🍎. Then they enjoyed playing in the tunnels and did well to take it in turns. Then they had fun playing with the tractors 🚜 and farm animals 🐖🐏🐄 and singing old Mac Donald had a farm.

Later the babies played in some water play. 💦They a range of different size cups, which they filled up with water and the poured it back out watching the water fall into the tray. ☕🥣The babies also used some spoons to mix the water around in the cups.🥄

We had so much fun exploring all the different areas of the nursery. We loved playing in the garden 🪴 planting lots of new seeds to see what flowers 🌸 we can grow in individual plant pots. We also checked on our other plants we planted the other day and gave them some more water 💦 to help the grow!!!

We also enjoyed making our own mini beast bugs 🐞 out of play dough using our hands to roll and squeeze it.

In the afternoon we have enjoyed exploring the toys in the garden 🪴 especially the building blocks and making the longest wall to protect us. We have loved playing on the seesaw, bikes 🚲 and cars 🚗.

The children have had an amazing day, they explored an Artic themed tuff tray, they spoke about what animals they could, the textures of what they were playing with as well as talking about where the animals live.

The children had lots of fun exploring the garden, they took part in running 🏃‍♂️ and jumping races. They also played what’s the time Mr Wolf 🐺 and playing hop scotch.

The children experimented with different mark making tools, they practiced drawing penguins with pens 🖊 and crayons. 🖍

The children worked hard towards recognising letters and numbers, the pre school asked the adult to do adding on the chalk board and they worked hard to work out what the answer was. 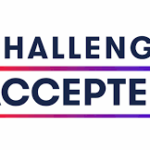 Introducing to you, THE TUFF TRAY CHALLENGE. 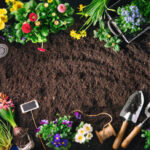 The sun has been shining, Happy Friday.