It’s that time of the week again where the nurseries compete to be the winners of the Tuff Tray Challenge! All 3 tuff trays this week are completely different. WINKLEBURY created a tuff tray which followed the classic story ‘The Gingerbread Man’ in honour of National Gingerbread Day. HIGHDOWN created a scientific experiment based around the children’s current interest in volcanoes. And lastly but not least, WORTHING created a tuff tray which supported Maths by exploring the song ‘Five Little Ducks’. But there can only be one winner. Who is going to be this weeks champions?

INTENT: This weeks tuff tray was lots of fun to put together! We wanted to teach the children about stranger danger and what better way than through props and an old school classic story. We focused the tray on the Gingerbread man who ran away from lots of people before he puts his trust into someone he shouldn’t have.

IMPLEMENT: In the tray we used cornflakes, weetabix, coloured rice, shredded paper along side some pictures of the characters from the story.  Before we acted out the story I read the book to the children , most of the children had an idea of what may happen in the end. We spoke about if strangers came to us and asked us to go with them , what would we say?  As you can imagine they let out a huge NO!!!! The children really enjoyed moving all the different characters around the tray , they swam in the water , took a truck through the woods and even the house was filled up with all the resources. This tray promoted lots of social skills where the children had to ask and answer questions, role play together and take turns with the different props.

IMPACT: The children learnt that we should not  always trust people we don’t know. Even if we think it’s a good idea , always check with your grown up that you know.The gingerbread man put his trust in the fox after running away from all the other animals then he realised that was not a good idea.

IMPLEMENT: In our tuff tray, we included the children’s volcano which they worked together to design themselves and included a picture of a volcano for the children to understand all the different parts. We added a stream of red paint coming from the volcano to represent the lava which we would be trying to create. We also included a voting station for the children to discuss and think whether or not the experiment would work. The children listened to the adults explanation of what we would be doing before making their decision.

IMPLEMENT: The children were given some little laminated pictures of ducks on lollipop sticks so they could move these through the different materials in the tray. The children used their hands to feel the slimy, glittery baby oil that was the ‘water’. They were given some ducks to play with and make different ducks noises like “Quack quack”. We coloured the rice in an activity the day before using zip lock bags and yellow paint to dye the paint.

IMPACT: The children loved using the ducks on the lollipop sticks to push through the different materials. They used their hands to pick the rice up before sprinkling it back into the tray. They used their hands and fingers to move around in the glittery slime, and make lots of different marks trying to copy the practitioners. They enjoyed playing with the aqua beads watching them bounce in the tray. We used the word DUCK over and over so by the time they had finished the activity they knew the word. The children also enjoyed singing 5 Little Ducks as we played with the ducks, pushing them through the slime, shredded paper and coloured rice.

AND THE WINNER IS…. WINKLEBURY!! Well done to Ashleigh for creating the winning tuff tray! 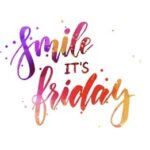 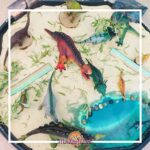